In January of this year, I received an email from the professional social media site LinkedIn telling me my profile was in the top 10% of all viewed profiles in 2012. What surprised me most about this email is that I really had no idea how that happened, or what it really meant. As a writer, book critic, dance critic, ballet teacher (retired dancer), literary podcaster, journal founder, former marketing professional, and rheumatoid arthritis advocate—among other things—I felt like my profile was a jumble of stuff. But what a friend explained to me was that my profile told a story. She went on to say that my story, as told by LinkedIn, defied the one-dimensional logic of the resume, and that my on-again off-again participation in a few very focused professional groups on the site continued a narrative that located me in a community.

Before we get to that, there are a few things you need to know.

1. First, as I was growing up, my father worked for IBM. He was a top salesperson, and then recruited into the highly selective Executive Education program, established by IBM’s founder, Tom Watson. But while working in Executive Education, a new project was developing in the Entry Systems Division, and my father was one of the first 40 people to join this project. People told him it would be his “career ender.” The project he’d been recruited for was called the Personal Computer.

2. As a young person, I trained to be a ballet dancer. Although my career was cut short by the onset of rheumatoid arthritis, I’ve enjoyed the opportunity of performing in what’s called “the corps de ballet” or a ballet company. A ballet company is like a family, and although in popular depictions, the rivalries are often the point of focus, it’s the community of artists coming together that truly defines the dancing experience. In that way, it’s unlike writing, a solitary art, one that I’d find only after my short dancing career passed.

3. During my married life, I’ve owned, with my husband, two houses, both of which have been improved through fairly extensive DYI home upgrades. The cost savings of doing the work ourselves (and by ourselves, I really have to say that my husband did almost all of it himself), we not only increased the value of our home, but we had complete control (for better or worse) of the process of making our home a better, more beautiful dwelling in the way we wanted it to be.

All three of these things come together, for me, as an artist looking to make my way through the world. The artist’s path is not easy. As Jim Hart, Director of Southern Methodist University’s Arts Entrepreneurship program said at a conference that posted a YouTube video of his speech, most artists find themselves on the over-saturated path where there are a few traditional, commercially-viable opportunities for which there exists a large audience competition for these resources. This rings true—there are only so many books the big New York publishers take a gamble on compared to the number of novel manuscripts; in the dance world, there were only so many people the ballet companies could absorb, and many dancers talented enough to fill those spots. Rejection is high and even the lucky breaks don’t always amount to making a living, Hart reminds us.

Shaped by my experience, I believe a few very specific things. Like my father, sometimes you have to take risks to earn rewards—to think off the beaten path to success. I also believe that there is value in community, which was forged in the corps de ballet. And finally, I believe that some things can be done without the aid of (so-called) experts and professionals, in the DYI fashion, giving us an alternative to the modern consumer culture.

We often consider value in monetary terms. Of course, we all need to cover our expenses for our survival and comfort. But can artistic value be measured in other ways? I think yes, and I think one of the best ways is through community building.

In the summer of 2012, I started a fledging project with another writer—a book podcast. We chose a book, read it independently, and then recorded our discussion and posted it on the Internet and through iTunes. SummerBooks has grown from a handful of listeners to thousands of hits in less than a year. I don’t even think it has hit its full potential yet. Marketing has been low-budget—via social media, like that LinkedIn profile I started with, and Twitter. The feedback I’ve received on the podcast, however, suggests that writers and readers were, in fact, looking for community. Presses and authors approach us about reading their newest books; listeners often contact us when they hear us discuss a book and then decide to purchase and read it, too. More than anything, SummerBooks has challenged me to be in dialogue with the community I care about: writers and readers.

At its essence, SummerBooks is fueled by a passion for books. It’s two women in West Virginia who are either brave or stupid enough to share in that conversation.

Late last year, a former student from teaching English 101 in my graduate school days approached me about starting a literary journal. A recent graduate in poetry from the prestigious MFA at Columbia, this student had spent a few years after the program figuring out what was next. Of course, I agreed to help, not only because I have a terrible time saying “no” to such projects, but because I saw it as an opportunity. Souvenir emerged as a result, a journal not only serving writers, but opening up to other art forms and informed criticism. Nascent as still is, the response by both contributors and readers far exceeds, already, our hopes for the publication.

It would be fair to criticize these efforts as not being financially viable; at this point, both ventures create value in ways other than monetary. But the frugal DYI approach makes them both cost effective and alternative to consumer culture. And there are some more established examples to point to: Brad Listi’s Other People podcast or the online literary community The Rumpus, which includes two different book clubs. Of course, others too. I’m not privy to what these endeavors do commercially, but their ability to coalesce communities of writers can be easily seen and joined. By engaging in these, one can be “in company” with other literary artists.

With the developments presented by e-books, the changing perception of self-publishing, the rise of hybrid publishing and ability for more people to engage in small press publishing, the opportunities for arts entrepreneurship for writers has never, perhaps, been greater. The work is hard, but it’s there to be done. And I’m not sure we’ve even begun to see and understand all the ways new technologies will manifest opportunities for literary artists. It’s all scary, as change can be, but also exciting.

My interests, above all others, is to invest in the building of community. I’ve figured out the ways in which to earn (eek out?) my living, and so my passion resides in finding ways to connect. Because if social media has taught us anything, it’s that we yearn for connection. Bringing people together through the arts seems to me one of the best ways for that yearning towards connection to become the catalyst for community.

There’s always risk in entrepreneurial ventures. But also reward. When IBM’s entrepreneurial project, the PC, became such a success, the same people who had once chided my father about taking that risk later asked if he was hiring. How do we know if the risk is worth taking? I don’t know that I have any better advice on that than anyone else, but I think it has to do with hard work and faith and just a gut feeling. Learning, perhaps, to trust our instincts. That DYI credo of the success or failure squarely situated in ourselves, rather than listening to all those who gate-keep, who say, “no.”

If it weren’t for that top 10% LinkedIn email, I might never have thought about DYI Arts Entrepreneurship. But, thankfully I have. And perhaps some of you reading this will get the germ of your own idea, expanding and growing the ideas behind the proliferation of literary or other art. Because if the world is full of art and artistic community, it’s also full of possibility. 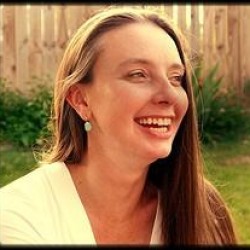 Renee Nicholson
Renée K. Nicholson is the author of the poetry collection Roundabout Directions to Lincoln Center, and Assistant Professor in the Programs for Multi- and Interdisciplinary Studies at West Virginia University. She is currently co-editing an anthology Bodies of Truth: Narratives of Illness, Disability and Medicine.