I walked into a comic store in downtown Berkeley today and paid two dollars for a 26-page zine the size of my palm. It’s called “Hunt Like Hoots,” by Jen Weber, and it’s made of these things: purple construction paper, hand-cut printer paper, black-and-white ink, staples, and a ridiculously cute story about two owls. It’s the most appealing little object—ephemeral, original, and entirely personal. Even though I have no idea who Jen Weber is, I feel like I’m holding a little piece of her world. Zines are a special species of self-published work; they feel credible, authentic, and somehow of unusual value despite the inexpensiveness of their components.

When I first imagined the book that would become Mountainfit, that casual, spontaneous, fugitive character was what I pictured for it. Partly, I think, this was because I wanted to place boundaries on the expectations I or anyone else was going to lay on it. (I had run a successful Kickstarter campaign to fund the production and shipping of about a hundred copies of the book, so it was going to be born with a tiny pre-existing readership.) If I could I would have photocopied the pages at Kinkos and stapled them together. Don’t judge me, those staples would say. I’m little. I’m not playing in the book big leagues.

The book I finished nine months later was still pretty little, but too long to make a reasonably well-constructed zine—so I ended up printing pocked-sized copies using the online printing service Lulu. But as I said in this terrifically fun interview on Day 2 of Mountainfit’s virtual book tour, the first time I sent the book out into the world I still did so with great ambivalence. If my words were a message in a bottle I would have tied a string around its neck, so many times I longed to pull back.

I mailed copies to my family in Singapore, but parsimoniously, in twos and threes, so that they couldn’t be handed out to church friends or neighbors. You should try to sell the books in a shop here! said my father, and something in me shrank. I tweeted about Mountainfit once, and then went stubbornly silent on the topic. I spent weeks hurling imprecations at InDesign to create ebook versions in three different formats, and then refused to sell them anywhere except on my own website, gently spurning advice to list Mountainfit on Amazon, or Lulu, or Smashwords, or any of the dozens of other places self-published authors normally use to distribute their work.

I think, in retrospect, that I was trying to keep the book from disappearing into the great wide blue where anyone could read it, but anyone could also be careless of it. It was as if you had asked me to put an organ I had removed from my body up for wholesale order.

Sometimes, though, books have a way of slipping free. One of the few things I did deign to do in the way of promotion was send a few copies to people I thought might be interested in reviewing it. Most of them ignored me. Jason Pettus, the owner of a tiny small press called the Chicago Center for Literature and Publishing, was the only one who didn’t. He’d put the book on his to-read list for the summer, said Jason.

Many moons later, he actually read the book. Then he sent me an email. It said, “Dear Meera, I don’t want to review Mountainfit. I want to publish it. What do you say?”

So here I am, many moons later still, with a new edition of Mountainfit that there’s no way I can tug back on a string. It’s on CCLaP’s website for sale instead of mine. It’s on Amazon’s Kindle store. And I’m gallivanting all around the Internet talking about it instead of just hoping the right people will come upon it through sheer force of physics and fate. It’s strange, but this time around it feels all right.

You know what, though? CCLaP might be the perfect small press for nervous authors who hanker after the romance of photocopier and stable. Their raw materials are of exquisite quality, but every physical copy of the books they publish, including mine, is bound by Jason himself, in a process that’s nothing but glue and thread and needle and hand on paper. And every ebook has a Creative Commons license atached, so anyone in the great wide blue is free to remix it, translate it, or turn it into any manner of multimedia project as long as they keep the original content and attribution in place.

Maybe someday Mountainfit will even be a zine. 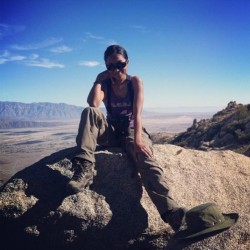 6 thoughts on “Guest Post, Meera Lee Sethi: On Migrating from Self Publishing to Small Press”