I don’t remember exactly what triggered writing “The Year in Review.”  At the time we were staying in Borrego Springs, a small town in the middle of Anza-Borrego Desert State Park in California, and in the afternoon I liked to climb to the top of the garage of the house we were renting and sit on the viewing deck the owner had built for stargazing. Borrego Springs is the only International Dark Sky Community in California, and I’ve never experienced such a sky of stars than I did in Borrego. The city asks that homeowners turn off their outdoor lights at night to enhance the depth of the dark. But I also loved to climb up on the roof and watch the sun set. From the top I could see the desert plains spread out behind me and the mountains rise; I could see the sun dip below the palm trees. It was a fabulous view and had the advantage of allowing me to write. That day I carried my notebook and pen and wrote what came to be “The Year in Review” in one fell swoop as if I was in a class and had been handed a prompt. But, of course, this was not an assignment, just what welled up inside me and asked to be written. Perhaps it was something about the sweep of the horizon from the rooftop that asked me to look at the year I had just completed.

It’s a catalogue, a close relative to the list, both of which I love because they attempt to catch the moments of our lives before they’re forgotten, erased, or written over by new moments. Time is what they are about—the relentless forward motion of time, pulsing ahead and carrying us with it helplessly. These reviews are little life rafts we hold onto to keep us from falling out into the current. They are my attempts to be steady and stay upright, to know where I am and who I am at a specific moment in time. It’s a kind of reckoning, an attempt to get at something I’ll call the personal truth of my life.

Essay Daily published an experiment called What Happened on June 21st last year. They invited anyone interested to write about what happened that day. They received about 250 reports. I was one of the 250 respondents. Now they’ve culled 25 accounts and published them as a slim book and mine is one of them. I mention this experiment because it is related to my experiment of writing a year in review essay—the tasks are similar. One could easily be overwhelmed by the enormity of all that happened in a given day, a given year. What did I experience in one unit of time? So much of our lives is deemed mundane, routine. We walk our dogs everyday—but what makes any particular walk worth noticing? And then, there are those so-called profound experiences when something shakes us awake. Sometimes the mundane becomes profound and sometimes the profound peters out in the end. It’s a complicated dance trying to capture the rhythm of a life, whether it be a day or a year. What details are most telling and how do these details jostle together to create a life while always moving forward? I have found that some of my most telling moments happen while I’m going about my life and they would pass away unremembered if I did not try to write them. That’s one thing we writers do: we write against the erasure of time. 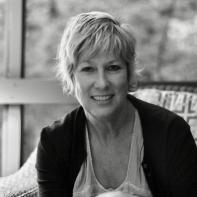 Marcia Aldrich
Marcia Aldrich is the author of Girl Rearing, published by W.W. Norton. She has been the editor of Fourth Genre: Explorations in Nonfiction. Her book Companion to an Untold Story won the AWP Award in Creative Nonfiction. She is the editor of Waveform: Twenty-First-Century Essays by Women published by The University of Georgia Press.