I haven’t written anything of substance in a year and I’ll admit it: when I see my writer friends boast on Facebook of how they’ve dashed off four or five poems in a single week, I’m a bit envious. I could offer a litany of reasons why I haven’t written a single poem or line of prose for my memoir since July 2012, and yes, there are good excuses in the bunch: major surgery, family illness, traveling, teaching three comp-lit-creative writing courses per semester, etc. The truth is, I needed a break from the way of thinking that comes with writing. I’m a bit worn out.

It’s a little taboo, it seems, in the writing community to admit publicly that you are—gasp!—not writing and are—double gasp!—okay with that. But I am. I think, in fact, that it may be healthy to take breaks from writing altogether from time to time to regroup, especially when you’ve been so deep in the bubble of the writing life.  It’s important to breathe, to enjoy a non-writing hobby, to look at the world from an angle different than the one of words.

In the past year, I’ve done just that: stepped outside the writing box.  I don’t feel that my creativity has suffered in the least, and in fact, I think that I’ve been able to not only maintain this creativity, but explore it through different avenues.  I’ve spent the past year baking and cooking and exploring creativity through the gastronomic senses.  I’ve started collecting vintage cookbooks from the mid-century and reading through them with joy, horror (meat and Jell-O?), and amusement.  My fascination with mid-century cooking has spilled over to other mid-century discoveries as well: I recently read Wife Dressing: The Fine Art of Being a Well-Dressed Wife by acclaimed 1950s fashion designer Anne Fogarty and was horrified/excited to take a peek into a “recommended” 50s housewife’s closet.  Girdles, stockings, white gloves, hats were all essentials for the Everywoman closet, Fogarty states.  I love pouring over the images in these books and advertisements and laughing at myself as I attempt to recreate the sorry excuse for gourmet in Poppy Cannon’s 1950s tome, The Can-Opener Cookbook (don’t try this at home, folks).  These books are a time-machine to a time almost 30 years before I was born.

These books, I’ve also discovered, are a time machine back to my mother, a mid-century housewife herself.  My parents had the first part of their family in the late 50s/early 60s and I didn’t come along until 1977, when they adopted me in their forties, and as a result, I never knew my mother in her new wife-mother years.  Reading through these books and asking her questions about them have made me closer to her in a way I never expected.

They have also made me closer to my own inspiration and creativity.  I like to think of this long break from writing as a germination process—a period of living, self-discovery, and anthropology.  I think these tools are just as essential—if not more so—than sitting down to a blank page every morning.  This is the psychological pleasure of writing, the ultimate trigger. I feel rejuvenated when I’m discovering and know that when I do return to working on a new book of poems or my memoir, that my own work will have a richness that it might not otherwise have had.

I sometimes worry, as Rigoberto González once put it to a group of students at Austin Peay State University that we were giving a craft talk to, that “writers sometimes have only one or two stories to tell.  They write those stories and then they are done.”  In the few months after my second book came out and I hadn’t written a thing, I worried that I was done.  As I sit here now, however, fingers furious over the keyboard, I realize that I’m not.  I still have my notes and ideas strewn across my desk and in little Moleskines.  I still have outlines and 100 pages of my memoir to come back to. I still have that lemon bundt cake to make. 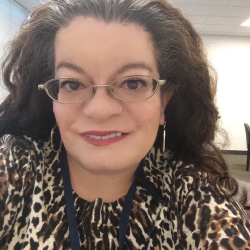 One thought on “Guest Blog Post, Amanda Auchter: The Creativity of Not Writing”