Before I could write this post I had to read a poem. Reaching to the bookshelf, I arbitrarily picked Wallace Stevens’ “Asides on the Oboe.” A hard poem. A hard poet, who has been sleeping in my ear for years, repeating his lines when I least expect them. Reading “Oboe” cleared the way through the daily thicket to the protected space where I work. Getting there, keeping the space clear, is a survivalist exercise. Routine is part of it. Over time, the small strategies of the day become a ritual. The thing about ritual is how it binds you.

I wrote big chunks of a novel (A Handful of Kings, Simon & Schuster) on the Virginia Railway Express, commuting to work in Washington, D.C. A forty-minute ride that demanded such strict adherence to my routine that it too became a ritual. The train pulls up. If there’s a quiet car, go for it. If not, the main thing is to get a seat, any seat. (I never figured out how to write standing up.) Sit. Open a pad of paper. The pad has to have a stiff cardboard back, in place of a desk. Open. Write, leaving every other line blank so that you have white space to go back and make changes. Tune out the distractions of fellow riders. Tune out, especially, that guy with the aggrieved voice on his phone conducting a banking transaction that really no one in the car wants to be hearing. Write. Tune out. Be conscious, in the most minimal way possible, of the stations so that you don’t miss L’Enfant Plaza. Write.

I no longer ride the V.R.E. I don’t miss it. I don’t write in the waiting rooms of doctors as often as I once did. I do still require a routine, though. Writing longhand is part of it. I am increasingly resistant to writing with a word processor. Fiction rises or sinks on sentences. Mine come out sturdier, they are more likely to stand, if they begin at the moving intersection of lead and paper. I’m not sure why that is the case, but sitting down with a stiff-backed pad of paper is, for me, a luxurious need.

Then there is poetry. Robert Ready, one of America’s great readers, says that the poets are the best of us. Because I write fiction, it’s hard for me to go along with him. But I do. I tend to find a poet and read her obsessively. Lately it has been Wistawa Szymborska. Morning after morning, she takes my breath away. Why is that? How does reading a poem usefully provoke a writer? Any number of readers will have any number of explanations. But for purposes of firing the imagination, startling juxtapositions are one reason poems do what they do. The adjective fixed to a noun in whose neighborhood you never dreamed of coming across it. A diction hammered to such evocative precision that you can practically see the writer’s hands bloody from the making. Turnings, swervings, roundabouts where you thought the road must go on straight to a predictable horizon. As Ready says, the best of us.

Much as I love, say, the stories of Joseph Conrad, the work of few fiction writers causes the indispensable jolt to the system that a strong poem does. It’s a matter of taste. What works for one will not do for another. For me, the stories of Chekhov, the novels of Machado de Assis, have that awakening effect. I read them for the pleasures of electric shock. But they are the exception to the rule of poetry. Fascination follows fascination as I find new poets and go back to the ones I read a long time ago. Meantime, my poetry shelves fill up. Routine hardens into ritual. Tomorrow, when I sit to work, it will start with reading a poem. Next year, when I sit to work, it will start with a poem. 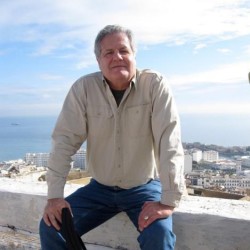