My favorite moment in western literature occurs several hundred miles south of Moscow, on Constantin Levin’s country estate at Pokrovsky, during the heyday of the Tsars:  Celebrated intellectual Sergei Ivanovich Koznyshev, Levin’s half-brother, has agreed to go mushroom picking with an orphaned young woman, Varenka, who has befriended Levin’s wife. Everyone in the household anticipates that Koznyshev will make a marriage proposal during the excursion—including Varenka and Koznyshev themselves. In fact, Varenka’s suitor has already rehearsed his proposal in his head as he approaches her: “Vavara Andreyevna, when I was very young, I formed for myself an ideal of the woman whom I should love and whom I should be happy to call my wife. I have lived a long life, and now for the first time I find in you all that I was seeking. I love you and I offer you my hand.” What happens, instead, proves one of the most heart-shattering in the Tolstoy canon, far more so than when Anna jumps onto the railroad tracks:

“They proceeded a few steps in silence. Varenka saw that he wanted to speak; she suspected what he had in mind, and felt stifled with the emotions of joy and terror.  They had now gone so far from the rest that no one could have heard them, yet he had not opened his mouth to speak.  Varenka would have done better not to say a word. After a silence it would have been easier to say what they wanted to say than after any casual words. But against her own will, as it were unexpectedly, Varenka broke out: — “And so you did not find any. But there are never so many mushrooms in the woods as along the edge.”

Koznyshev finds himself distracted by her exclamation. He replies with a remark about mushrooms, rather than about marriage, and the moment is lost forever. Rather than a happy and devoted couple, the two part as disappointed acquaintances.

This “mushroom moment” is not unfamiliar to the twenty-first century. Except for the rare few of us who have had the good fortune to marry our high school sweethearts and to live in perpetual nuptial bliss, most mortals have experienced our share of romances that weren’t, but that almost were. Love is not a matter of timing or chemistry, although both can help grease the gears of affection and lust; principally, love is a matter of decision and sheer will-power.  Daisy chooses Tom Buchanan over Gatsby. Madeline Fox storms out on Martin Arrowsmith while Leora Tozer embraces his faults.  A few “mushroom moments” do turn out to be reversible: Elizabeth Bennett rejects Darcy’s first proposal and is fortunate enough to receive a second offer. Many more such moments are like the fleeting connection between Koznyshev and Varenka—or between me and an attractive-yet-childless co-worker who once asked me to have a baby with her, then changed her mind as soon as I agreed—are carved forever in the stone of lost opportunity. In life, of course, all relationships do not actually stem from “mushroom moments” gone right. Plenty of couples fall in love as Hemingway says they go bankrupt: first gradually and then suddenly. In literature, however, all great loves do arise from mushroom magic.

Every young child who has ever held a magnet recognizes that strange, miraculous instant when a metal object—a nail or a paperclip or a thimble—first approaches close enough to exert magnetic tension. There is a small—possibly infinitely small—space where the metal can go either way:  one nanometer nearer and it will be drawn to the magnet, one farther away and it will fall limp to the ground. It is that transitional moment when the solution in the refrigerator is no longer colored water but not yet Jell-O, that spark of dawn that is neither darkness nor day. Relationships, in literature, require such a moment: A possibility that love may yet either triumph or fail. That absolutely nothing is certain.

In my introductory writing classes, more than half of my students are usually crafting some variety of love story. This pleases me greatly: While not all love stories are inherently interesting, many of life’s most interesting stories are love stories. I would much rather read about how Clyde Griffiths’ yearning for Sondra Finchey leads him to murder, or of the feral passion between Laurent LeClaire and Thérèse Raquin, or even an inept account of a student’s first date, than about corporate scandals or deer hunting brothers or suicidal truck drivers seeking employment. Unfortunately, the pitfall that traps many a well-intentioned novice is the creation of lovers whose fates are inevitable. In one version of this narrative, a woman finds herself in a relationship with a man so detached or abusive or treacherous that separation appears a foregone conclusion; often, we cannot figure out why she married Mr. Wrong in the first place. In the other version, a woman finds herself seduced by a man of great wit and charm and generosity, who also happens to be a thoracic surgeon and a part-time Italian film star, and she falls madly in love with him and then announces to the reader that she is glad she waited for Mr. Right. Both of those stories grow tiresome rather quickly. The key to writing relationships is that they must remain ambiguous up to the point of consummation.  Mr. Wrong needs enough going for him to keep us uncertain of his fate until the very moment the protagonist walks out on him—or until, in a moment of reconsideration, motivated by loneliness or nostalgia or pity, she decides to stay. Mr. Right demands sufficient shortcomings to leave us wondering whether the protagonist will say “I do” until the instant that she does.

The best dating wisdom I have ever received came from a friend who thought of all romantic interactions through fishing metaphors. Get your hook in, he urged—and then run as fast as you can in the opposite direction. While I am not sure those are words to live by, and I have not implemented them in my personal life, they offer as surefire method of holding a literary reader’s attention. In other words, raise the prospect of love…and then keep us waiting, page after page, for the payoff. (Tolstoy, a man who managed to sire thirteen children and yet to keep Varenka and Koznyshev apart—albeit only nanometers apart—may have mastered this skill both personally and professionally.) My goal as a writer is to keep the metal in that liminal band for as long as possible before it is swallowed by the inexorable force of magnetism. 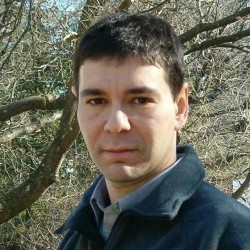