When I worked at the Studio Backlot Tour, a now-defunct attraction in Disney’s Hollywood Studios, I kept a pen and reporter’s notebook in my costume pocket. We were all supposed to keep pens and paper handy in case we encountered a guest who had trouble with spoken English. Most notebooks remained blank. Mine was mostly filled with descriptions of the Backlot Tour, sentences scrawled in between tour groups and on lunch breaks. The click of love-bugs on the windshield; the shudder and sigh of the air brakes; the heaviness of humid Orlando air made thicker by the flora in the neighboring greens department. They were feelings, mostly, and snapshots.

Some jottings were near-clinical measurements: The tram is 163 feet long, red, flat-nosed. The doors of all six cars would open out toward the tour groups, like some retro stretch DeLoreans had been strung together. “Por favor mantenganse alejado de la linea amarilla, hasta que las puertas abran completamente,” we would tell the guests. “Please stay completely behind the yellow line until those doors are all the way open.” Some would ignore the instructions and run up to the cars.

Others were impressions along the ride path. The movie props that dotted the landscape of the tour were beginning to appear derelict from their constant exposure to the elements. The plywood fighter jets from Pearl Harbor, the wings of which occasionally fell off and had to be supported by crates, were an obvious example. I sometimes found new ways to describe the set of Catastrophe Canyon. This centerpiece of the tour had pyrotechnic and hydraulic effects, and writing about the balance of oil derricks bursting into flame and seventy-thousand-gallon waterfalls felt natural.

Some notes were more visceral, like how I cried after my first Signal 70—radio lingo for a lost child, in this case an eight-year-old girl wearing a Rapunzel t-shirt. I never saw the girl, except on the cell phone of her worried father. I had been a Signal 70 once, on my first trip to Disneyland. I walked right up to a security cast member and announced that I was lost, as this little girl had done. I saw a flash of my mother in that dad’s panic. I wrote about calling my mother when that shift ended. I wrote about my coworkers, the fellow cast members who grew to become great friends (the Williams family especially). I wrote about living in company-owned housing, which was part of my contract as a participant in the Disney College Program. I wrote about the soft down of the duckling I once rescued from the ride path, later to see it rejected by its mother because it smelled like my hands. We had named it Squirt. I wrote about Julian, the baby that had been thrust into my arms when his parents saw my nametag. It is against company policy to hold guests’ babies, however adorably named they may be. Still, I was not about to drop him.

Mainly, I would try to record things which made me smile. Entertainment Cast Members in Indiana Jones costumes would play daily tennis matches between their shows. During Star Wars Weekends, a few Sand People practiced their runway poses while an alien mercenary rode a unicycle. Some guests would see a war veteran in their midst and thank them for their service. A child sent to the parks by the Make-a-Wish Foundation would find their way to the front of our attraction queue, and we would find ways to give their day a little bit more magic. Really, the magic came from them, and we just had to redirect it.

Interning at Walt Disney World as part of the Disney College Program did more than give me a unique perspective into the field of theme parks. My reporter’s notebook became an invaluable yet inadvertent asset during my Barrett thesis research, in which I explored the phenomenon of storytelling in theme park environments. More than that, working in the Backlands became an exercise in collecting moments, a skill which I was able to further develop as a section editor and blogger for Superstition Review. In hindsight, the things that made it into that notebook are the things that inspired me to keep writing. 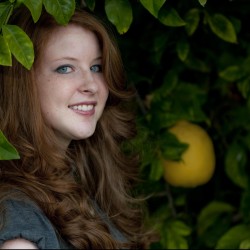