I believe we are all storytellers. This hardly needs explanation—as people and as writers, we continually craft narratives to explain how and why things happen. From flippant anecdotes to sweeping epics, we use the power of narrative to give meaning to events, dates, and people by giving them context . As readers and listeners we feel empathy, understanding, even disgust and revulsion for the people and institutions contained in these narratives. We love to be immersed in story, sometimes as a reflection of the real-time occurrences (it feels like an overstatement to call them events) of our lives, sometimes as an escape from them.

But what of all those real-time occurrences? How do we take them in, before we’ve expended the time and creative energy to convert them into story? And just importantly, how do we take all those stories contained in a life, a mind, a world, and get them to behave enough to hold them all in our arms at the same time? And then, once we have them gathered, how do we figure out how they all work together in the larger fabric of a poem, or an essay, or a book? This is where the other side of our minds asserts itself. If we all fancy ourselves storytellers, we must also embrace that other, less glamorous side of ourselves: we all also compulsive listers. Here is a short list of the lists that I keep and read:

As a nonfiction writer, I’ve become more and more concerned with the convergence of listing and storytelling. In fact, when I was doing my MFA work a couple of years ago, I made it the primary focus of my studies. I got some critical perspective from various sources:

As for my own writing, especially in the early stages of gathering material, I started forcing myself to write not long narratives but short little vignettes, drawing inspiration from work like Joe Brainard’s I Remember, a “memoir” composed entirely of paragraphs starting with “I Remember…,” and Eula Biss’s The Baloonists, a collage-like collection of real-time observations and deep-seated memories. I also became (and still am) obsessed with the “list-essay” as a form, poring over work like Jonathan Lethem’s “13, 1977, 21,” Susan Allen Toth’s “Going to the Movies,” Christopher Smart’s “For I Will Consider My Cat Jeoffrey” (OK, technically a poem, but let’s not split hairs here), and the myriad lists and diatribes of 11th Century Japanese courtesan Sei Shonagon.

Speaking of obsessions, I’m also a sucker for the decade-centered listicles that usually find their way onto my Facebook feed, VH1-like “Remember the [Insert Decade]?” lists of things that most people who lived through said decade will recognize. This pop-culture phenomenon has its literary antecedents. Two examples, Wayne Koestenbaum’s “My 80s” and Leonard Michaels’ “In the Fifties,” have become models for a long-term project I began in grad school and am currently publishing on my website, which I’m calling “The List and the Story.”

This project, a collection of memoir, anecdote, aphorism, cultural critique, literary/music criticism, and meta-writing in list form by decade, has functioned for roughly three years now as the dashboard for my writing, the place I begin work on longer essays, refer back when figuring out how individual essays fit together within the larger framework of my understanding, and add to when I’ve finished essays or am just bored or experiencing writer’s block. I’ve only recently, on the recommendation of friends who’ve read some or all of it, decided to publish it. I was hesitant until recently mainly because I see it as ever-changing and expanding as I write more and more into myself. For these reasons I decided to put it up on my author website, so I can let it change and expand publicly.

Being also a bit of a showman I decided to release it in pieces, one decade per month from September through December this year. I’ve begun in the Eighties this month, posting roughly one little (25-200 word) piece of the list per day on the blog and sharing each day’s post with my social networks. I thought I would share it as the podcast of my essay “The Revelator,” published in s[r] last year, was released yesterday.  An advantage of having my life online in list form is that I get to hear from readers—friends, acquaintances, colleagues, strangers—who frequently share their own stories that a given section evokes in them. If you have a story or a list, do tell it—to me, or to someone else! 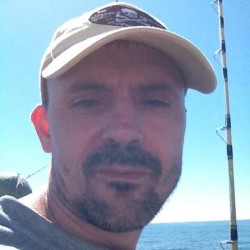