Writing is full of Taoist dualities that are really intersecting components of a monality. Eg: writing as both act of love and act of escape. As both commitment to the present and commitment to imagination/memory. As both rejection of and celebration of life, as well as both denial of and acknowledgment of such process.

I know this throat-clearing.

Over the past half-year I’ve written fanatically, desperately about my younger brother, Mark. More specifically, about Mark’s absence.

I write about Mark as if he were not there. As if he had not been there for a long time, or when he was there, was barely there. This is an act of imagination. It is also a sort of truth-telling. In my brain, I compulsively project absence and rejection and leave-taking onto people I love where there is merely calm and unrefined presence.

What am I doing? It seems I’m creating truth where there is warped reality. Making something real and (hopefully to more people than just myself) beautiful—out of a projected absence. My writing about Mark grows and grows this projection of absence until it dwarfs his actual presence. Yet. Yet it is a form of love. It is a form of acknowledgement of love, mine for him, his for me. Acknowledgement of that presence.

How? By acknowledging my own belief in Mark’s absence to myself, I can see it to be false. I write every poem about him, to him. Each poem is a deep statement of love. I have the real Mark in mind when I write about the fake, absent Mark.

Perhaps also I like to fuel this part of me that believes in others’ absences despite their being present. Perhaps I like to Yin and Yang, to fuel the bad habit so that I may continue to do and embody good because of it. Does that make sense? Thinking Mark is absent is the dark half. Loving Mark through the poems about his absence the light. Writing these poems both allows me to feel that he is there and to validate my feeling that he is not there. In this way it is also an act of self-love.

Maybe my first book should be called I Love You. The subtitle or epigraph might be: For and To Myself. Myself Being Vacuum, Absence, and Including Everyone.

I like the story of the old Syracuse poetry professor who, hearing a personal young alumna read, shouts out “Bull-Shít” after every line he doesn’t think depicts reality according to the laws of reality.

A bull is a noble animal, its shit should be noble too.

Titling my book I Love You would be one of those acts of trying to make a future ideal real by pretending it’s already real in the present.

Especially when I talk about my writing.

Not really in my writing, though, for some reason. My writing is more—I hope—or try for—(bullshit?)—an act of undermining everything I say I am, of ripping off layers after layers of “sincerity,” in a recursive and self-loving and self-hating way.

I’m good. Why am I good? Because I love everyone. Do I? No. Do I want to? Yes. Or do I think I want to? Is picking myself apart like this an act of self-love or self-abuse?

See what I mean?

Okay. What about writing as communication to an other outside myself?

I is voided through the process of writing about the I. I becomes a vacuum into which everything and everyone is pulled, as if out a broken airplane window.

This is what writing would look like if it was afraid to admit its own failure to capture any full reality: Where am I right now? Here. Where is that? Here. What’s it like here? You’d have to be here to know. 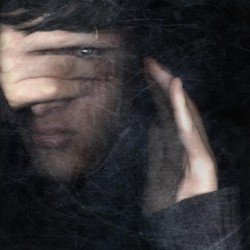