In 2015 the Oxford Dictionaries Word of the Year was

That’s right — in the estimation of Oxford’s editors the “face with tears of joy” emoji “best reflected the ethos, mood, and preoccupations of 2015.”

The year 2016 turned out to be a very gloomy and depressing year for many people. This year’s emoji/word, for many of us, would be

Oxford itself did not choose an emoji as its word two years in a row. This year’s word is post-truth, which is a reflection of our fractured political times and the perils of relying on information that is provided without any gatekeepers.

Perhaps, then, Oxford’s 2015 foray into emoji was a one time dalliance. Maybe the alphabet and punctuation, which are themselves arbitrary and socially determined symbols, will continue to be the only components that we allow to form into “words.” We will fill the moat to prevent anything from threatening this settled understanding.

I hope not. Oxford was onto something in 2015. Alphabetic words are wonderful and enriching instruments of written communication, but they no longer deserve their exclusive status as the only way to convey complex ideas, emotions and thoughts. My guess is that some readers of this post resonated with the angry emoji I posted earlier very viscerally. If I had conveyed the same thought with a string of powerful words, the feeling would have been different. So it is true. A picture is worth a thousand words (or at the very least, the dozen or so words I would have used when I just pasted an emoji instead).

The funny thing is that I love words. Right now I am re-reading Angle of Repose just because I want to, and have two books on tap for my two January book clubs. None of these books contains any pictures, just pages upon pages of glorious words.

At museums I look at the painting or sculpture for approximately 3.2 seconds, and then spend however long it takes to read the information card about that item word-for-word. Then I look once again at the art object itself, just briefly.

One last example: IKEA directions. Apparently everyone finds those squiggly pictograms easy to follow. Everyone except me. I would much rather have every single step explained in exhaustive prose.

Word lovers should acknowledge, though, that for centuries we have enjoyed an unfair status. The reader and writer was the thoughtful person, everyone else a mere dabbler. This is true even though oral and pictorial speech actually pre-date written communication. Speaking and drawing are innate skills. Writing and reading, on the other hand, are highly artificial acquisitions. Learning to read and write well requires good education and sufficient discretionary income, which of course not everyone enjoys. There is no reason for readers and writers to feel guilty about the advantages they have enjoyed, but it would be good to acknowledge them.

In any case, emojis point to a newfound status for visual communication in our internet age. What is old is new again. Readers and writers should come to terms with the diminished status of the alphabet, rather than pining for how things used to be.

For every word defender there are those who would love to see words perish. In 2012 Michael Ridley launched his “Beyond Literacy” project, which provocatively claimed that “Reading and writing are doomed.” I admire Ridley’s verve and passion, but zero sum thinking just leaves everyone grumpy. Words are here to stay, and I for one will admire tautly rendered prose for the rest of my life. I will also feel jolts of understanding and connection whenever I see an emoji that perfectly captures my mood and perspective.

Win win win. Drain the moats, everybody. Pitch a big tent instead. 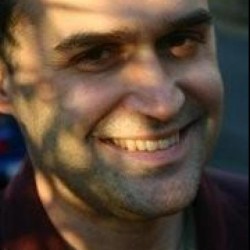