Now’s as good a time as any to announce it: at the ripe old age of thirty, I’m retiring. Well, I’m preparing to change careers. In 19 months, I’ll have my BSN, and hopefully, a nursing job. There are many reasons why. I found it nearly impossible to write while teaching Comp; the adjunct scenario is a racket; and when I wasn’t grading a stack of 78 disastrous essays on Flannery O’Conner [sic], I was dreading the next stack of 78 disastrous essays on Flannery O’Conner. I love helping people. I love science.

That’s not to say there aren’t things I have loved about teaching. I have learned from my students. Just this semester, a girl who studies Victorian floriagraphy taught me something new about a poem I’d have sworn I understood inside out. Sometimes I was fortunate enough to have students—usually a handful each semester—who made me intensely happy with their smart contributions to discussions about literature, and especially their ability to follow essay guidelines. I’d strategically place those students’ papers in the pile, a reward for the halfway mark, a reset button in the seemingly everlasting hell of circling comma splices.

And sometimes a poem would do it—after days watching dozens of eyes, glazed and confused, stare into the distance while I explained again that “so many good times” is not a concrete image, so please try again (some students took more than SEVEN attempts to come up with one single image until I finally yelled, “Brass lamp! Accordion! Cowbell!” and the room went silent like in one of those movies where the crazy person finally loses their shit and I stood there breathing hard, regretting most of my life choices)—finally we’d read Allison Funk’s “The Lake” and I’d see the lightbulbs switching on and I’d hear them talking about poems in the hall, and I would know that this, this feeling of showing them something they might never otherwise see, this was why I signed up for this gig.

Nevertheless, I’m moving on. But not before I take a look back on some of the craziest things to ever come out of my students’ mouths. Those who are teachers will probably not be surprised by anything they find on this list. College students are notoriously lazy and shameless, and since I taught mostly dual enrollment high school seniors, I dealt with my fair share of both. They are, in many of their ideas about writing, the polar opposite of me, and so listening to this stuff for days on end can be maddening, but I have to admit there’s a kind of ridiculous charm in their words as well. Behold: 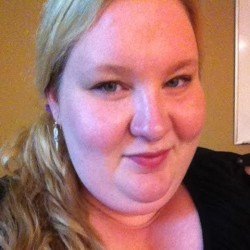 One thought on “Guest Post, Heather Foster: Sh*t My Students Said: In Memory of Teaching”