Matthew Scott Healy lives in Scottsdale, Arizona with his wife and daughter. He teaches English and Creative Writing at Scottsdale Community College. His work has appeared in Blackbird and Cutbank. His is the recipient of the Finnely Award for Humorous Short Fiction, and his story “Always the Obvious Places” was nominated for storySouth as the most notable story of 2010.

Superstition Review: I’m drawn to the character Emmett in “Always the Obvious Places.” Can you please describe how you came up with a character that would “throw a cactus” just to get away from the police?

Matthew Healy: I like the idea of characters without shame, who hold nothing back. Here is Emmett, a guy with the thumb of law enforcement upon him, yet he maintains this defiant posture of bluster. So many characters are governed by the consequences of their actions, and I wanted to have a character who is the exact opposite. He’s a guy without any permanence in his life, so his refusal to change is his anchor point. He’s also the character the other characters want most to change, but Emmett is so obdurate that by necessity others must do the changing around him.

SR: How did you imagine the life situation for Emmett and family? Where did it come from?

MH: Emmett’s life is about resiliency in a place where nothing is permanent. His job, his living situation, his girlfriend, what kids are around—all of it fluctuates wildly. I’ve known people like Emmett, and what amazes me is their ability to survive in such flux. In the story, Emmett has a somewhat stable living situation, but I imagine him living somewhere else a month before the story begins and somewhere else a month after the story ends. I worked briefly as a probation officer, and so many defendants exist this way, living as nomads. One of my defendants moved from jail to a halfway house. Within a week, he was living with a new girlfriend and her kids (who were already calling him “Dad”). A week later, he moved in with his parents, and then into some apartment with a different girlfriend and her kids. This wasn’t uncommon. I watched people join a family for only a week or two before joining another. The men and women became temporary fathers and mothers—an entire migrating community of interchangeable family members. I think that’s why Emmett can be so lighthearted about Officer Jay and Sgt. Falco’s visit, because their presence is temporary. Eventually, they will go home to other, better parts of the city, away from this vortex of instability, and Emmett will keep moving inside of it.

SR: The location of “Always the Obvious Places” is very vivid. How does place inform your writing?

MH: I grew up next to families who were not far away from Emmett’s circumstances. Actually, they may have been worse. My two best friends living on either side have spent their lives in and out of prison. I still remember the sights and sounds and smells of their houses: dark hallways, navigating through heaps of clothes and trash, looking for a space to play. Blackish-brown carpet that was harder than tile from all the abandoned spills. As a little kid, I was too young to understand or be bothered by such conditions. It just seemed strange and different. Later, when I became a probation officer, my reaction was much different. One of pity and disgust and anger (especially when I found babies and toddlers living in conditions that were squalid, but not enough to warrant intervention by CPS). I felt very much like a tourist lost in a bad part of a foreign city, standing in the living rooms of people and making recommendations on how they should improve their lives.

In “Obvious Places,” the setting influences how the characters behave and what they value. I wanted Emmett’s home to seem tangible and constrictive, yet ephemeral—a place that could be razed to the ground without anyone paying it much mind.

SR: In almost each line of “Always the Obvious Places,” there is a trace of humor. What are some of the difficulties of writing humor? What are the joys? Who are some of your favorite authors who use humor?

MH: I think one of the dangers of humor is becoming seduced by it and sacrificing the story for a few laughs. I didn’t necessary begin “Obvious Places” intending for it to be funny. Instead, the humor was a necessary counterbalance to the very bleak reality of Emmett’s life, which in so many ways is simply tragic. I just realized that one of the worst things anyone can do is analyze humor, so I’ll resist the temptation to dissect it.

Instead, I’ll answer the last part of your question, and mention a few funny writers I admire. I favor wry and subdued humor that’s attached to something much larger and darker, something that’s lurking after the punch-line to shake things up. Along those lines, Sherman Alexie has a wonderfully deadpan humor, and so does Denis Johnson. One of my favorites, though, is Richard Russo. When writing “Obvious Places,” I was actually thinking about Russo’s very funny novel Straight Man. In a strange twist, Russo’s agent contacted me out of the blue after reading “Obvious Places” to tell me he had enjoyed it. I’m still trying to figure out if that means I unintentionally channeled Russo’s voice too much in the story. As I tell my intro creative writing students, after reading someone you love, wait at least an hour before starting to write. What works for eating and swimming might work for reading and writing.

MH: I just finished revising two short stories as part of a collection, but I’m also about halfway through writing a novel, which has turned out to be the most difficult undertaking of my life. I’m used to writing short stories, which is primarily what I like to read. Right now I’m reading the sizeable collection edited by Joyce Carol Oates, and most of the stories so far are pretty engaging.

I’m not reading any novels right now, though not for lack of trying. Unless they’re really good, my attention in most novels tends to sputter out after a hundred pages or so—an awful admission for someone who is trying to write one, but it’s true. When I was in Ohio State’s MFA program, we got to meet Michael Chabon, and we discussed the differences in short and long forms. He believes most writers fall into one category or the other, so perhaps I’m just a short form type of guy. (By the way, he admitted to being a long form guy.) This is fine with me, even though there’s no money in writing short stories, but it’s a shame since short fiction is so pristine and every word is so deliberate. I love the necessary ambiguity of short stories—there simply isn’t time to render every detail, so much of the story that orbits the literal prose must happen in the reader’s imagination. Who knows, maybe the dwindling attention spans means a lucrative future for short story writers. 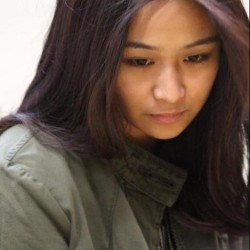 One thought on “Interview with Matthew Healy”