Setting is not like the backdrop in a play, hanging inertly behind the actors. In fiction, setting creates tension and tension is what keeps readers turning the page. There are three kinds of setting we ought to be thinking about as we write. One is private space, the second is workspace, and the third is public space.

Private space is our home, car, or hotel room. By describing a private setting in detail, writers allow readers to infer a great deal about the world the character has constructed for him or herself. None of us would live in a home where we can’t relax. At home, we’re seeking a haven. In my story “Oregano,” Janice Dawkins comes in at the end of a long day to find a cluttered service porch. The mess enrages her, but she stuffs it down. The mess in the character’s private space sets up the story’s conflict, as it does in Laura M. Flynn’s Swallow the Ocean: A Memoir (Counterpoint Press). Here, the narrator describes her childhood apartment.

The mess that had been steadily overtaking every surface in the apartment since my father left stretched before us in all directions. Mail had accumulated near the front door, first on the shelves of the console table, but now it extended in unstable piles along the wall halfway to the living room, which was in turn a confusion of color and texture. Layers of clothing, papers, and toys blanketed the floor. Books pulled off the shelves but not put back circled the bookshelves. Records—some exposed, some in their white slips, some still in the album covers—fanned out in a widening arc at the foot of the stereo. Near the couches, fat metal knitting needles, holding twenty or so uneven lines of scarf, were jammed into balls of yarn—projects my older sister Sara and I had abandoned.

By simply looking at the objects the narrator holds up for our inspection, readers can infer that something is amiss. We don’t know quite what, but the description of this disorderly private space makes us yearn to know more. The disorder puts pressure on the characters. The plot hinges on “fixing” the setting so that the character can comfortably live in it. Or not. The other possibility is that the disorder is so great that the character can never live there and has to leave. In some stories, disorder in the protagonist’s private space sets the plot in motion.

Let’s look now at workspace. If the home is the foreground of our setting, then the office is the middle distance. In stories with office settings, such as Daniel Orozco’s “Orientation” (Orientation and Other Stories; Farrar, Straus, and Giroux), it’s the impersonality of the environment that injects tension.

A dead voice simply shows us the objects in the setting and leaves it to the reader to infer what kind of workplace this is going to be. I felt trapped. That’s great for tension.

No setting should be feelings-neutral, nor should it be exactly what we’d expect. If the setting for a story is the suburbs, invest those suburbs with feeling just as Josh Mohr does in Fight Song (Softskull Press).

Way out in a puzzling universe known as the suburbs, Bob Coffen rides his bike to work. He pedals and pants and perspires past all the strip malls, ripe with knockoff shoe stores, chain restaurants, emporiums stuffed with the latest gadgets, and watering holes deep enough that the locals can drown their sorrows in booze. Each plaza also contains at least one church, temple, or synagogue— a different way altogether to drown one’s sorrows.

The setting—suburbia–puts pressure on Bob Coffen, and that’s before we know anything about his conflicts with other characters or with himself.

What about public spaces, especially those that aren’t as familiar as the neighborhood mall? Put a character in a slum, and the reader’s danger-antennas shoot up. By describing the particulars, as Aleksandar Hemon does in Love and Obstacles (Penguin Group), the slum becomes as vivid and frightening to the reader as it is to the protagonist.

Spinelli and Natalie picked me up at the crack of dawn; the light was still diffused by the residues of the humid night. We drove toward the slums, against the crowd marching in antlike columns: men in torn shorts and shreds for shirts; women wrapped in cloth, carrying baskets on their heads, swollen-bellied children trotting by their sides; emaciated, long-tongued dogs following them at a hopeful distance. I had never seen anything so unreal in my life. We turned onto a dirt road, which turned into a car-wide path of mounds and gullies. The Land Rover stirred up a galaxy of dust, even when moving at a low speed. Shacks misassembled from rusty tin and cardboard were lined up above a ditch, just about to tumble in. I understood what Conrad meant by inhabited devastation. A woman with a child tied to her back dipped clothes into tea-colored water and slapped the wet tangle with a tennis racket.

I desperately wanted the Land Rover to turn around. I just knew something bad was about to happen.

At its core, every story needs something to happen. The setting itself can be part of a story’s dynamic change. Here is what Annie Proulx has to say about settings that are in flux (The Missouri Review, Issue 22.2, Spring, 1999).

I long ago fell into the habit of seeing the world in terms of shifting circumstances overlaid upon natural surroundings… The characters in my novels pick their way through the chaos of change.

Think about “Brokeback Mountain:” traditional cowboy heroes fall in love, thus violating old taboos. In San Francisco the story of two male lovers would not have the same power, but a rural setting heightens the tension because we know these guys are going to have to sneak around. The more powerful their attraction, the more they find themselves in conflict with the environment.

Setting cannot be incidental. By taking the trouble to place the story in a particular setting, an author can set the mood of the story and lay the groundwork for the actors to play their parts. To raise tension even more, place the actors on a moving stage and watch them scramble. 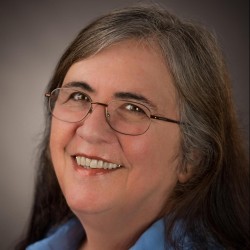 Marylee MacDonald
Marylee MacDonald is the author of Bonds of Love & Blood, a short story collection, and the novel, Montpelier Tomorrow. She teaches for the Virginia G. Piper Center for Creative Writing at Arizona State University.