So without stopping to choose my way, in the sure and certain knowledge that it will find itself—or if not it will not matter—I begin the first memory.

— Virginia Woolf “A Sketch of the Past”

One of the earliest writing lessons I learned (I refer to creative writing, not elementary school writing) is this: that I should allow my writing to guide itself instead of beginning with my conclusion already in mind. This is common advice, something you’ve likely heard yourself, but I repeat it here because I can remember how I struggled with it, how I tried to believe it in theory without putting it into practice. And I see again and again student pieces that seem to be transcripts (sometimes elaborations) of a predetermined narrative and meaning with no room for detours from “the point.” The writing in these is sometimes very clean, even beautiful, but it simply serves the goal, without being part of the process.

Now I would not say that I have arrived at any fully formed writing abilities, but I have learned to trust in the notion that I should write without knowing where I’m going. Whereas I once tried to express in words the lessons I’d already processed from highlight-stories I’d experienced, I now attempt to find or create connections between seemingly dissimilar things that flit into my consciousness coincidentally. The act itself is as fun as it is rewarding, and even when it fails, it gives me good exercise.

One recent example, among many, came to me as I was sitting in Montevideo’s Estadio Centenario watching the Uruguayan national team play a World Cup qualifier match against Ecuador. I knew I wanted to write something about Uruguay’s improbable and, frankly, amazing soccer tradition, going back nearly a century and including two Olympic championships followed by two World Cup championships, and I wanted to tie this to the team’s recent resurgence as a FIFA powerhouse. Soccer is a great source of pride for Uruguayans, and I, who’ve lived in the country for four years and who’ve married a Uruguayan, share the sentiment. But I did not want to write a straightforward narrative (“I went to the stadium to watch Uruguay play against Ecuador… It was a 1-1 tie… Let me tell you about Uruguayan soccer history…”). So I kept my eyes and ears open in the stadium for other entry points to help me essay the theme instead of simply writing the story.

I thought I found my hook when I was startled by a loudspeaker promotional jingle playing all through the stadium during the middle of the match. It was hawking ball bearings. How strange, I thought, that someone would think it worth their advertising pesos to blast such a commercial to a stadium filled not with auto mechanics or race-car fans, but futbol aficionados.

But just as I didn’t understand the advertising strategy, I couldn’t see how ball bearings and soccer could work together in my essay, other than in a superficial way (the one happened during the other). So I began to write. The sentences themselves suggested what might come next, and from the process of stringing words together I got to what I think is a halfway decent connection. I’ve not achieved literary brilliance, but I’ve discovered something I didn’t see before, and my essay is a new creation that never was in the world before. In any case, it’s reaffirmed the lesson about letting the writing find its own way, which I took so long to learn.

NOTE: The essay I refer to can be read at McSweeney’s Internet Tendency, along with others I’ve written, at this link: http://www.mcsweeneys.net/columns/dispatches-from-montevideo 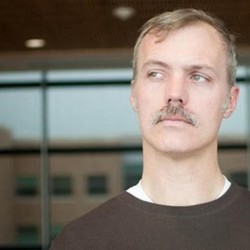