Let me clarify something first. My definition of revision:
Revision
[ri-vizh-uh n]
Noun
1. The act of completely revamping a previous version of a story.
2. When God looks down after creating the earth for six days and says, “Nope. Not so much.” And so He erases days two through six and starts again at day one. The general concept of creation wasn’t bad; it was everything that came after that was wrong.

Please understand that when I say revision, I don’t mean small edits. I mean that I trashed my previous story and started with a blank slate. That’s a revision in my world.

So, how many revisions are too many? I have asked myself this question countless times over the last six years. Six years. That number sounds frightening when I stop and realize that I’ve been working on the same story for over half a decade. Okay, so it’s not really the same story. In fact, in many respects it’s completely unrecognizable. But in my heart, it’s the same story.

Here’s how my novel began. It was my final semester of college, and I was on the top of my writing game. I wrote a short story as an assignment for my Advanced Fiction Writing course, and BAM, there it was—my future novel. Set in our world and a fantasy world, it was light-hearted, fun, meant for children, and I loved it. My classmates loved it too. And I thought, “I have the idea; that was the hard part, now to finish it. No problem!”

Two years later, college was long behind me and I hadn’t touched my story since graduation. I had thought about writing. I even broke it out now and then, but never with serious intent. So it sat, dormant but ready to be completed.

Then came NaNoWriMo 2010, and I decided to seriously attempt it. But my story couldn’t stay the same because I wasn’t the same. Suddenly within one month, it transformed from a child’s tale into a young adult novel. It was no longer light-hearted, but dark and complicated. And it was the beginning of a long journey of which I’m still caught in the middle.

Since NaNo 2010, I have revised my story over five times—until settling on an adult urban fantasy novel that’s still in the works. In some cases, my drafts have reached over 100,000 words. But inevitably, with every iteration, I reach a point where I scratch the entire thing. Whether I’m halfway through, a quarter of the way through, or even 75 percent completed, I always get to a chapter, a scene, or a character revelation where I get stuck.

Now, you might be thinking, “So, you get stuck. Figure it out and get back to work.” Well, I would love to do that. Unfortunately, when I get stuck, it’s because I find myself in a corner and even if I can, somehow, write myself out, that corner reveals something to me—that the story is not what I thought it was meant to be. Whenever I reach that point, I take a deep breath, shut my laptop, and make the decision to start over from word one and day one.
The amazing thing is, each time, my story has become better and better—more intricate and better thought out. The unfortunate aspect is, I have wasted so much time and scrapped so many stories. I have enough writing for two, if not three, books sitting on my computer, and yet I still continue to revise. At this point I fear I’ll never have a completed story, but I’m not sure how to fix it.

Can too much pickiness be a bad thing? Should I be more easily satisfied, or have each of my revisions been necessary to find the true story—wherever it is hiding?

I have to admit, there is a lot of frustration involved. I know the story is there, ready and waiting to be told, but where is it and how do I get it on paper?

When writing this blog, I asked myself the same question, “How many revisions are too many?” This is the fifth iteration of my blog, and as I write this sentence, I wonder if I’ll get to the next sentence or the next paragraph and decide, “No, this wasn’t the blog waiting to be told. I need to try again.”

Have you been here and faced these same struggles? How did you finally decide enough was enough, or are you still struggling like me?

For this blog at least, I’ve decided to suck it up and say, “Enough is enough.” I guess, you, my readers, will have to let me know if I made the right decision. And that’s the crux of the matter. At the end of the day, it’s not up to me. I could write the story that I know, I know, is the right story, but I’m the writer, not the reader. When all is said and done, the quality of my story, its effectiveness, and the joy it brings, is not only up to me. It’s up to you.

So be kind, dear reader. We pour our hearts and souls into our work and yet we are never fully satisfied, not until our writing makes it to you. When you read, remember that in your hands you not only hold the story you’re reading, but the endless revisions that helped it take shape. You can tell us if we did enough, if our writing passes muster, and that too many revisions were worth it in the end.

So, what do you think? How many revisions are too many? 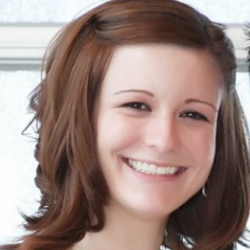 Follow me
Kelly Vo
Director of Strategy at Media Connect Partners
You can visit Kelly's blog at:
http://narbels.wordpress.com/

Follow me
Latest posts by Kelly Vo (see all)